We are an evangelical church in the heart of the Shankill Road, Belfast. We exist to serve God in the gospel by celebrating and proclaiming the Good News of salvation through Jesus Christ in our local community and to support those proclaiming the gospel globally. 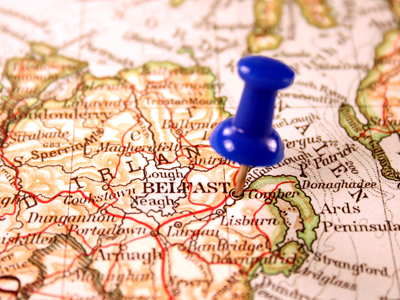 The preaching of the whole word of God is at the centre of our main services. A more detailed statement of what we believe can be found below;

Zion clc has been part of life on the Shankill Road for almost 100 years. Starting as a small group of early 20th century Pentecostal Christians in the 1920's, meeting initially in a home in Argyle Street, the congregation soon moved in time to a hall purchased in Carrickfergus. It was dismantled and transported all the way to the then Nixon Street on the Shankill, rebuilt and named Zion Tabernacle Church. It soon became affectionately known in the area as 'the nic'. As the years progressed and re-development was under way in much of the 1970's Shankill, the church acquired land on Canmore Street in return for vacating the site of the old church building in Nixon Street.

Great effort and sacrifice was made by the congregation to raise money to build a new church building on the new site and in 1979 the current main worship building was officially opened.

In recent years the congregation showed similar faith and determination to raise the means to build a new minor hall which opened in May 2011 with the express purpose of using it to enable the church to better serve the community with the message of hope and salvation in the gospel of the Lord Jesus Christ.

In January 2013 the decision was taken to change the name of the Church to Zion Christian Life Church to express that life is to be found and enjoyed only in Jesus Christ and the good news of salvation in Him. Our name reflects our desire to bring that message to our City and the world.

We believe that the Bible (i.e. the Old and New Testaments excluding the Apocrypha) is the inspired Word of God, the only infallible, all-sufficient rule for faith and practice.

We believe in the unity of the one true and living God Who is the eternal, self-existent'I AM', Who has also revealed Himself as one Being co-existing in three Persons - Father, Son and Holy Spirit.

We believe in the Virgin Birth, Sinless Life, Miraculous Ministry, Substitutionary Atoning Death, Bodily Resurrection, Triumphant Ascension and Abiding Intercession of the Lord Jesus Christ and in His personal, visible, bodily return in power and glory as the blessed hope of all believers.

We believe in the fall of man, who was created pure and upright, but fell by voluntary transgression.

We believe in salvation by grace alone through faith alone in Christ alone, Who, according to the Scriptures, died for our sins, was buried and was raised from the dead on the third day, and that through His blood we have redemption. This experience is also known as the new birth, and is an instantaneous and complete operation of the Holy Spirit for repentance and faith in The Lord Jesus Christ.

We believe that all who have truly repented and believed in Christ as Lord and Saviour are commanded to be baptised.

We believe in the baptism in the Holy Spirit as an enduement of the believer with power for service.

We believe in holiness of life and conduct in obedience to the command of God.

We believe that deliverance from sickness, by divine healing, is ultimately and indirectly provided for in the atonement.

We believe that all who have truly repented and believe in Christ as Lord and Saviour should regularly participate in Breaking of Bread.